Wednesday 28th to Saturday 31st May

A promenade performance in the grounds of Traquair House, Innerleithen, Peeblesshire EH44 6PW

Look through photographs from the performances, rehearsals and backstage of The Comedy of Errors. 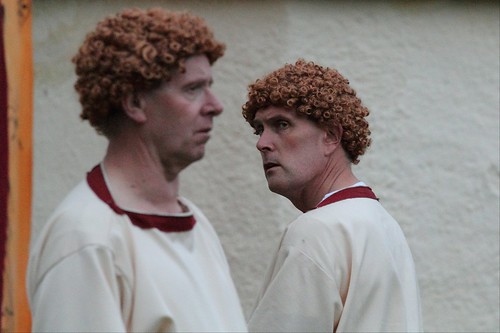 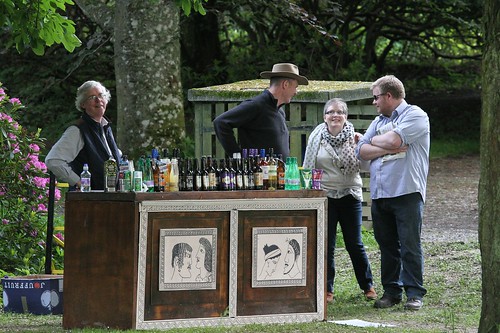 Download a PDF file of our Comedy of Errors poster.

Selected scenes are shown below:

Twenty three years before our play takes place, the merchant Aegeon, his wife Aemilia, their twin sons and their identical twin servants are shipwrecked at sea. Two sets of identical twins and a shipwreck? It can only be a Shakespeare comedy! And this year, just to make things even more confusing, Shakespeare in his wisdom – and for reasons he chooses not to explain – decides to give each set of twins a single name!

The only one of Shakespeare’s plays to conform to the classical unity of time and space, all of the action takes place in the port of Ephesus (in modern day Turkey) over the space of one day. The merchant Aegon has risked his life to enter the port – sworn enemy of his city Syracuse – to search for his lost family. Captured and condemned to death unless he can raise an unrealistic ransom, there seems little hope that his fate can be averted. That is until we realise that both of his sons – unaware of him and each other – are also in the city.

A series of hilarious consequences ensue as the two masters (named Antipholus) and two servants (named Dromio) are mistaken for and by each other. It seems that no one – wives, girlfriends, friends or each other – can recognise who is who. For our twins, disorientation and danger seem to lurk around every corner in Ephesus and suspicions of witchcraft and madness abound. All the while the death sentence remains over their father and the question is will these ‘Errors’ be resolved before it is too late?