Adapted and directed by Tim Wilcock.

Following 2014’s successful adaptations of The Taming of the Shrew and A Midsummer Night’s Dream, Tim Wilcock produced fresh takes on The Comedy of Errors and Macbeth.  Written with a mixed aged audience in mind, anyone from the age of 7 found find plenty to amuse and intrigue them in each of these hour long productions.

There is always a worry at the Fringe of low audience numbers, but we had three sell-out shows and all the rest were well attended.

Multiple mistaken identity as confusion and hilarity reign. Antipholus of Syracuse and his servant Dromio meet their twin counterparts from Ephesus, with each being unaware of the other’s existence. Add a melodramatic matriarch, a naughty maid and a rowdy mob to create Carry on Chaos meets Laurel and Hardy in this intriguing take on Shakespeare’s shortest play. 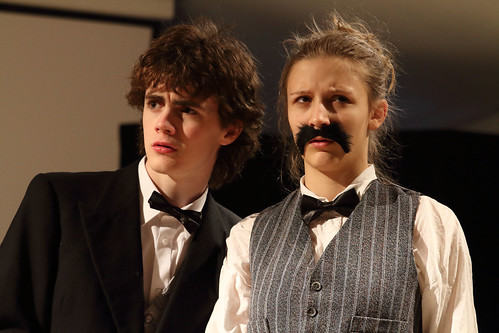 Macbeth’s afraid of his missus, the witches think they’re on Masterchef and a pair of murderers want Banquo’s head on a platter. With Lady Macbeth getting ever more power crazed and deranged, can Macduff save Scotland? Only if the audience join his army. Inventive take on the Scottish play. 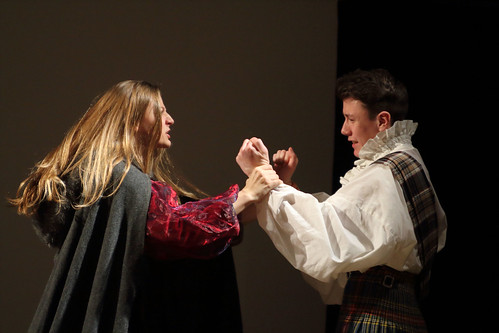 Competing for an audience with around 3000 other shows in nearly 300 venues is going to be quite a challenge, but the actors are up for it – and we hope that we can attract many of those who attend Shakespeare at Traquair’s promenade performances at Traquair to the heart of the Royal Mile and our chosen venue, theSpaceUK at Niddry Street (Venue 9).

Venue 9 is literally a few steps down from the Royal Mile and we’ve been asked by theSpaceUK, one of the major Fringe promoters, to open their programme for the first week of the Fringe.  They are very excited to be hosting a high quality family show in one of their prestigious new venues.