Following the sell-out success of the Edinburgh Fringe shows Comedy of Errors and Macbeth in 2015, Shakespeare at Traquair will again took part in the 2016 Fringe. Adaptations of Hamlet and Romeo and Juliet were written and ran from 5th-13th August 2016 at theSpaceUK’s Niddry Street venue (Venue 9) on alternate days at 12.00 noon. There were two also successful pre-Fringe performances at the Eastgate, Peebles (17th June) and Carlops Village Hall (18th June).

In August, we went off to the Fringe itself where the plays ran at theSpaceUK, Niddry Street (Venue 9, just off High Street) at 12 noon from 5th-13th August inclusive. We saw regulars from Shakespeare at Traquair and got some wonderful feedback.

Tickets were £8/£5/£20 (family) from Fringe Central Box Office on 0131 226 0000, and online. We were also in the Fringe Programme and on their website (search under Children’s Shows and we’re listed as Shakespeare Shorts). We’ve also got a Twitter feed (managed by one of our tech-savvy youngsters!) called Shortspeare, so check that out for news as we get nearer to the Fringe itself.

In Hamlet, we find that the eponymous hero has the hump. His Uncle Claudius has bumped off his Dad and married his Mum, who’s a bit too fond of ‘ginger beer’. Girlfriend Ophelia won’t listen to a word he says and his best mate, Horatio, keeps seeing ghosts. No wonder Rosencrantz and Guildenstern are confused. Mysteries, murders and magical music abound in this intriguing take on Shakespeare’s longest play. 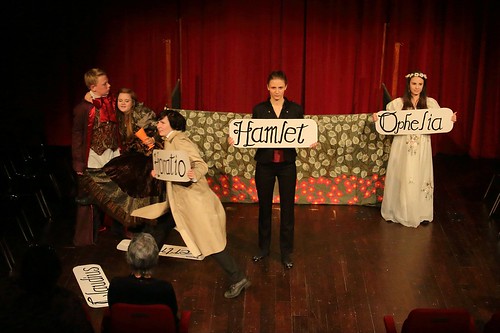 Video of the Hamlet from Carlops Village Hall (52:08).

Then in Romeo and Juliet poor old Balthasar’s bemused, Romeo’s a wuss and the Friar’s on the fiddle but Juliet Capulet calls the shots in an ice-cream war with the Montagues. Throw in a voluptuous Nurse, a dandy Paris, two warring tribes with loads of raspberry ripple and you’ve the recipe for a rip-roaring romance with a twist.

Photographs of Romeo and Juliet 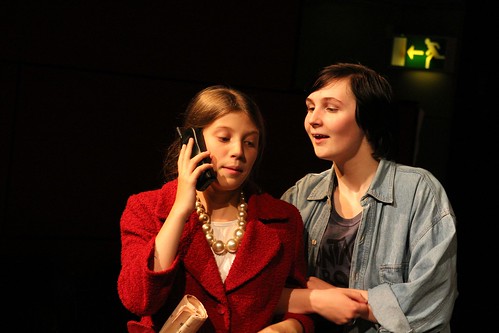 Video of Romeo and Juliet

Video of the Romeo and Juliet from Carlops Village Hall (52:08)